Chicago comes good again with both volumes of Jaimie Branch’s 2017/2019 sessions ‘Fly or Die Live’ repackaged as one deadly showcase of her ensemble, lead by her trumpet and vocals

THIS IS A PRE-ORDER. The record will be shipped around the end of August 2021.

“There is a moment near the top of jaimie branch’s FLY or DIE LIVE, the new album recorded by the trumpeter’s quartet at in Zurich, Switzerland on January 23rd, 2020, which feels like it bears the weight of both that specific pocket of time, and a prophecy for all that was soon to come. branch and her Fly or Die crew — cellist Lester St. Louis, bassist Jason Ajemian, and drummer Chad Taylor — had just kicked off the concert at Moods, with the opening tracks off their then-new studio album FLY or DIE II: Bird Dogs of Paradise, the second of which, “Prayer for Amerikkka” is among the best political songs written during the Tr*mp Era, and when the moment in question pops off.

A week into a European tour and after three months of constant live performance, Fly or Die is at home in the music’s contours, messing with its internal machinery while guiding its meaning. By now, “Prayer” had gained a tough spoken-word intro, bringing the context as it slowly gearshifts the intensity: “It’s a song about America,” off-the-cuffs branch while the band seethes behind her, “but it’s about a whole lotta places — ‘cause it’s not just America where shit’s fucked up…” Then arrives the climax, at once site-specific and far-reaching: “…and it’s not always time to be neutral, do you know what I mean?” The gathered Swiss crowd knows, understands, and responds vocally, as Taylor’s backbeats cue branch to bring the trumpet to her lips, and let out a high-pitched wail. Her horn doesn’t know what’s about to happen to our world, and yet, somehow, it does — with only the catastrophic details needing to be worked out. “This is a warning, honey…” cries the song, and over the ensuing 70 minutes, the band echoes its sentiment, filled with glee and terror.

“I didn’t have a memory of the show being an amazing show,” branch says. “But sometimes when you have zero memory of it being good or bad, those are the best shows. Because when you’re in the zone, in those moments of channeling creativity, there isn’t time for judgment. So oftentimes a memory is not created around that judgment, and that’s actually a good indication.” When branch did pop the tape in, she was unequivocal: “I think this is like the best that we’ve ever played.”” 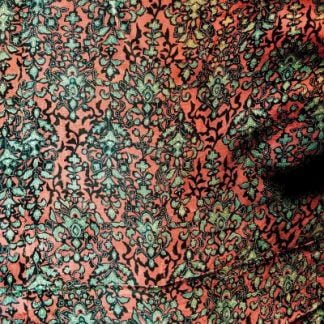