Re-writing the Musical History of the 80s >>>
Private press industro-dub madness beamed from squat-life Northampton, circa the 80s. The first and last word in classic dancehall punk comes around for a SECOND issue 12″ scraped off the linings of the cosmic dustbin that tried to bury them.

Real relics acquired direct from Reducer guitarist and tape-loopist Hooly ‘the Human Aerial; Insant cop if you’re into: Eric Random, Jah Wobble & PIL, African Head Charge, any 80s post-punk to be honest.
Step up step up the great lost industrial dub punks and sometime Temple of Psychik Youth associates Reducer. Rumoured to have almost signed to On-U Sound (their loss imho), Reducer have had a partial resurrection of their 30-40 year old cassette archive through their Bandcamp this year (inc. a mad 3 part crust rendition of the Sleng Teng Riddim).

R E D U C E R lived as a gigging band & sound system but were unable to fund any kind of release, until the band finally ended in ’92.

Catching up with their oral history online is eye opening. Tales of the Reducer Universal Soundsystem, toasting about Alastair Crowley over classic riddims, blues dances, early (UK) explorations in body modification, posters by Alan Moore. Sounds like you had to be there…..

Put simply: never has there been a collision of reggae-anything and punk that’s sounded quite this fun (Alien Sex Fiend though…..).
Imagine if Killing Joke had ever cracked a smile? Or if they’d been invested enough in the anti-babylon teet they sucked to actually run a sound and toast on the mic like an occult Martin Campbell. Reducer were the realest ones – fame never found them, cos they didn’t want it anyway.

There’s some many what if’s bundled into this record that it’s not even worth getting started. The message is clear: REDUCER IS NOW, with all the passion of yesterday, brand new from the 80s they say….

All over this disc the band are bursting with Northampton wideboy swagger in attack mode – it’s stick and poke Yellowman standing on stage in front of soaring sheet-metal guitars inna Keith Leven styleeee ‘I USED TO LOOOOOVE HERE BUT NOW I ONLY CRAWL TO HERRRRRR’ yelped inna anarcho-crust fury over rumbling riffing bass. Sweet joyous rambunctious beltane noise on a Sleng Teng riddim shouting down all the reggae collectors who think they have it all.

If you have even the vaguest interest in post-punk, industrial, dub, reggae, the cosmos, life, living, eating, breathing, dancing then the universe has brought you to this page and everything in your world is about to be right again.

It’s an honour to live in this the second wave of Reducer, bigups droogmaster Hooly and RIP Snake 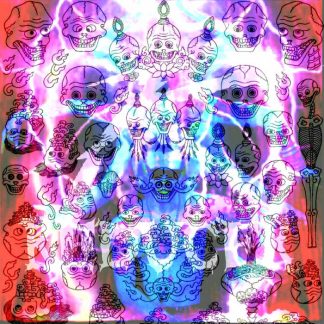 You're viewing: Reducer / REDUCER 18,00€
Add to cart
Manage Cookie Consent
To provide the best experiences, we use technologies like cookies to store and/or access device information. Consenting to these technologies will allow us to process data such as browsing behavior or unique IDs on this site. Not consenting or withdrawing consent, may adversely affect certain features and functions.
Manage options Manage services Manage vendors Read more about these purposes
View preferences
{title} {title} {title}