Tom Mullen/Washed Up Emo – Anthology of Emo: Volume One

In 2017, after 100+ interviews with artists and those involved with the emo and hardcore scene for the critically acclaimed Washed Up Emo Podcast, Tom Mullen, on the 10th anniversary of WashedUpEmo.com, introduced Anthology of Emo. The book, which sold out in less than a year, compiled the best stories from the podcast and features rare and unseen photos and ephemera. This second printing is an updated edition of the same volume from 2017. 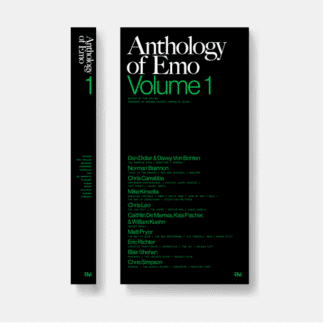